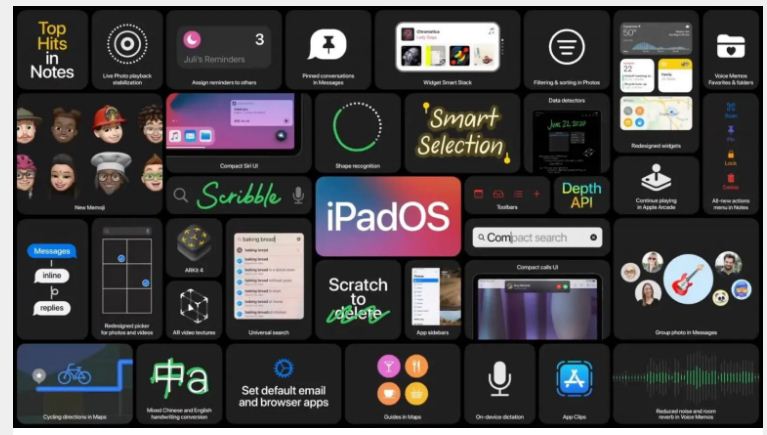 IPadOS 14 adds a lot of new features to iPad tablets, such as: new home screen tools, and streamlined features in Siri, but there are also some features that will make iPads more like Mac computers since when.

Here are 3 new features in iPadOS 14 that will make your iPad more similar to your Mac computer:

The search tool was available on iPads in previous OS versions, but the search interface captures the entire screen, in addition to that the search results were somewhat limited, but now with the new iPadOS 14 release you can see the search bar appear small in the screen.

You will also find that the search bar appears more streamlined, and is very similar to the Spotlight tool on a Mac computer, where you can activate it by swiping to the bottom of the screen, or by pressing the (CMD + space) buttons on the keyboard as in the Mac computer.

The improved search features allow you to specify a large number of things, such as files and folders in the application files and emails, the applications you have installed and podcasts, for example, You can activate the search while writing an email to find a file you want to attach to your message, then You can then drag and drop the file in question into the message screen and attach it directly.

Apple has introduced a new iPad app update to the iPadOS 14 operating system, where you will find that these apps appear with a new design, more similar to the design of applications in Mac computers, unlike the older old design like the iPhone.

For example: The iPad (Music) app will come with a new design that has a new sidebar on the left side of the screen that includes buttons and links that take you to different parts of the application, and this will be a substitute for the tab-based navigation feature currently used in many applications IPad and iPhone.

You will also start seeing the new toolbar icon in the iPad apps, which will detect and hide various aspects of the main interface, for example: by pressing the toolbar button you can move the sidebar away from the screen, then return it with one click, such as: use the (hide) button in Mac computer that you see in applications, such as: Finder.