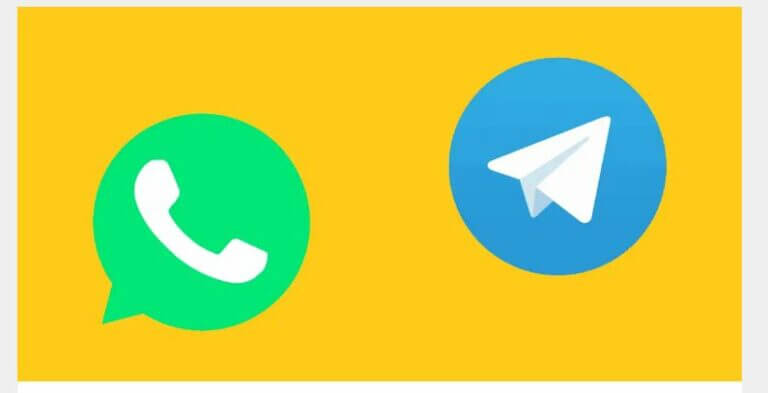 WhatsApp is one of the most popular instant messaging applications in the world, as its number of users reached more than two billion users around the world this year, and the number of messages sent through it reached 65 billion messages per day, so WhatsApp continues to provide updates and new features to stay ahead of The competition.

Despite all these figures,  the Telegram application is a strong competitor to WhatsApp, as the number of users reached more than 400 million users per month, and this number is expected to double during the coming years, as the company offers many new features on an ongoing basis to compete with the WhatsApp application.

Here are the top 5 features that Telegram outperforms WhatsApp:

1- The ability to modify sent messages:

One of the most important features available in the Telegram application, whether in smartphones, or in the desktop version, is if (Modify Sent Messages) feature, if you send a message to someone in the application, and you discover after sending it that it contains incorrect information or contains spelling errors, or you want Replace a word with another or make any modifications Generally, the app allows you 48 hours after sending during which you can make any modifications you want in the message.

You can modify messages sent within the Telegram app by following these steps:

The Telegram (Smart Notifications) feature allows the user to mute notifications in any group that annoys him but will receive notifications when a member of the group mentions him, or when someone replies to his messages. It is not available on WhatsApp yet.

The Telegram app allows its users to set default permissions to restrict all members of a group from posting certain types of content, or even prevent some members from completely sending messages, and only allow group administrators to chat.

4- The ability to send messages without sound:

Telegram allows its users to send messages to individuals or in groups without sound for notification, just press and hold the send button and choose to Send without sound. The recipient will receive a notification as usual, but his phone will not sound, and this feature is a great option for sending messages without disturbing the recipient.

If you have cause for concern about privacy and security while communicating with someone, Telegram allows you to use secret conversations, and you can enable the self-destruct counter so that messages and files from your device and the other party’s device disappear after they are read or opened.

All secret conversations are saved in your phone and not uploaded to Telegram servers, meaning that only you can access them on the device from which they were created, and they will disappear as soon as you log out or delete the application.

To start a secret conversation on Telegram, you can follow these steps: