Apple announced today, Monday, the launch of the iOS 14 version of the iPhone, which comes with many new features, such as: allowing drivers to use their phones as numeric keys that open and power their cars.

To start, the driver will have to pair the iPhone or Apple Watch with a car that supports the new feature, called CarKey. This requires drivers to carry their devices and bring them close to the NFC reader in the car, which is usually at the door handle. 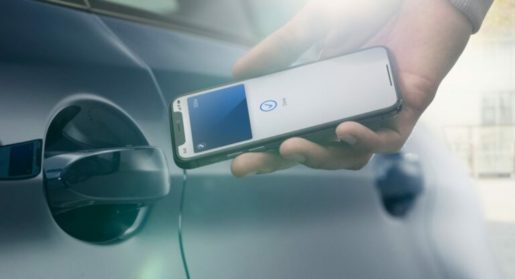 Depending on how the user sets up their profile, they may have to perform a face scan or a fingerprint scan to open their car every time it approaches. Drivers can also use “Quick Mode” to bypass biometric scanning. Once in the car, the driver can put the phone anywhere and operate the car without a key.

Apple CarKey users will be able to share digital keys with a family member or other trusted contact through the iMessage app, with or without restrictions. For example, the car owner can specify when the shared key recipient can access the car. And if the driver’s phone is lost, he can turn off the car’s digital keys using Apple’s iCloud Cloud Storage service.

The German automaker (BMW) is expected to be the first to support the CarKey feature in the BMW 5-2021 series starting next July.

Apple said: It is working with car groups to bring technology to more cars.