One of the best features on iPhone phones is the feature of blocking numbers or people from calling us whenever we like, as well as blocking messages from unwanted numbers. In the previous explanation, a contact registered on the phone is blocked, which is the method for blocking incoming calls and messages on iPhone phones.

, But the purpose of this interpretation is to create a ban on numbers not listed in the phone list
Through this explanation, you will benefit from this feature, whether from the names on your phone or from the numbers that call you and are not registered in the phone!

If you want to block a phone number you do not have on your contacts, you will receive some calls from it and also want to block it
Enter the phone application and then go to the last calls, you will find before you the numbers that are not registered on your phone and called you, and choose the phone number to be blocked, then click this mark as in the following image: 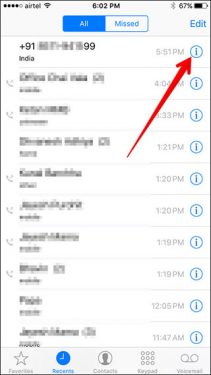 Then click Block this caller as in the following image: 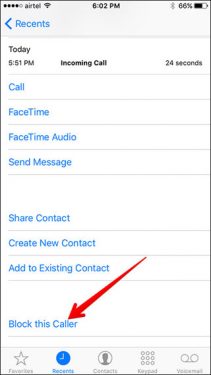 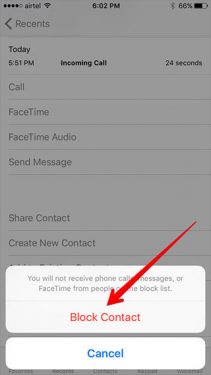 As a reminder, blocking any phone number means:

Block any connections from it.
Block any short messages or any jquery.
Vistatime connections blocked from this number.