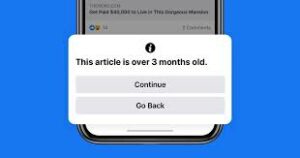 Facebook introduces a new feature globally that warns users if they are about to share a news article more than 90 days old.

The feature, which was advertised in the mail, was designed to give people more context about the articles before they were shared, hoping that the content on the platform would become more relevant and reliable, while leaving the option for users to share the news article after seeing the alert.

The feature was developed in response to concerns that old news articles could sometimes be shared as if they were recent news, Facebook says. 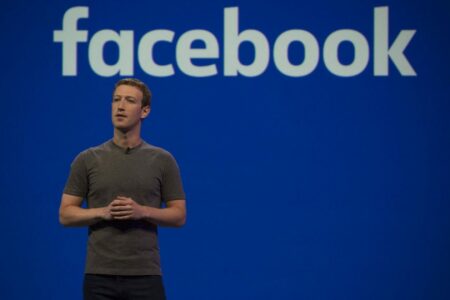 A news article about a terrorist attack a few years ago could be shared as if it had happened recently, for example, which could misunderstand the current state of events.

Facebook comes as many social networks are experimenting with alerts to encourage users to change how they post.

Instagram last year began warning users before posting potentially offensive captions in their posts, while Twitter announced this month that it was testing a feature to encourage users to read articles before reposting them.

Internal research conducted by the social network over the past several months has found that article timing is an important part of the context that helps people determine what to read, trust, and share.

Facebook has indicated that over the next few months it will test other uses of alert screens, and is also exploring the possibility of using an alert screen similar to posts containing links pointing to the Coronavirus.

According to the platform, this screen provides information about the source of the links and directs people to the Corona Virus Information Center for reliable health information.

It is noteworthy that the largest social network in the world is not the first to experiment with this approach, as the British newspaper The Guardian began last year to add the year of publication to the thumbnails of old articles when you share them on social media platforms.

This feature makes it difficult to recycle an old story as a new story, Chris Moran, the Guardian’s editor at the time, wrote.