During these lines, we will talk about explaining the file transfer program from one computer to another over the network! Yes, if you are the one who is searching a lot for a program or method to transfer files via Wi-Fi to the computer, here is everything related to this program that provides the possibility to do so.

However, the way to transfer files from one computer to another over the network is definitely the best due to the speed and more other options that give the user the ability to fully control the validity of data and files.

Therefore, we decided to work on explaining the new PCmover software for Windows 10 where files can be transferred between two devices over the wireless network or the network more professionally with just a few clicks.

This is not the first appearance of PCmover, it has been available for a long time, but it has officially become available for Windows 10 version on Microsoft Store recently. There are two versions of the program, one is free and the other paid, and it comes with a clean interface and is completely free of annoying ads. [microsoft.com]

This program is characterized by being easy to use so that all users can deal with it without any explanation. Specifically, the program, the free version, helps you with a maximum transfer of 500MB at a time, but if you want more, you will have to pay for the paid version that provides more benefits.

How to use PCmover

Simply start downloading the software and installing it on the two devices (the first computer and the second computer) and after finishing, open the program and then click on the option to search for devices from the sending computer by clicking on the option shown in the screenshot below. 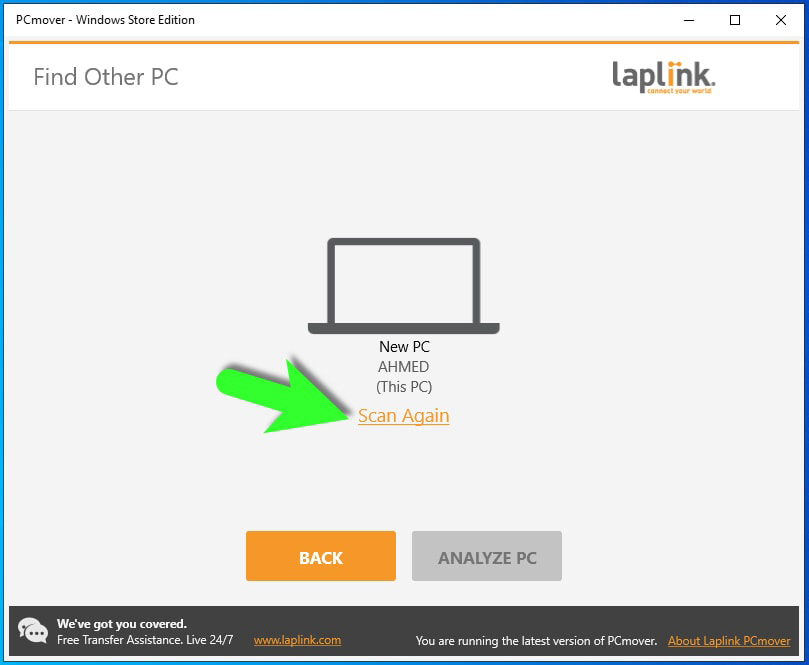 Knowing that both the sending computer and the receiving computer must be on the same network, and once you find the second computer, start selecting files and starting sending and sharing files.