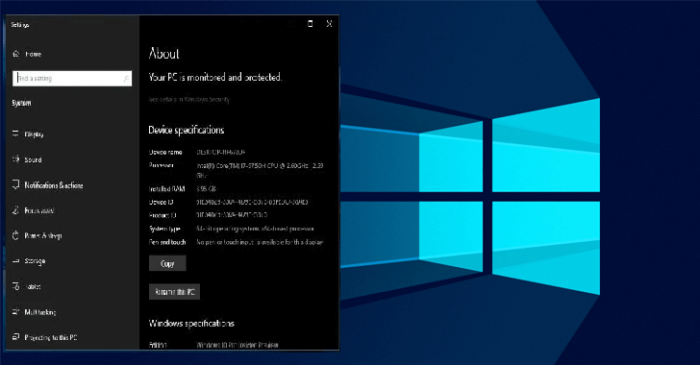 The software giant appears to be pushing ahead with plans to delete the handy tool from the traditional control panel, as people are instead forced to use the settings app first introduced with Windows 8.

This may bother a lot of people. This is because the integrated system implementation included in the traditional control panel is very useful.

The app provides the user with an overview of the computer, such as the processor, the amount of RAM installed, the manufacturer and the type of system, as well as providing quick links to the device manufacturer’s technical support site. 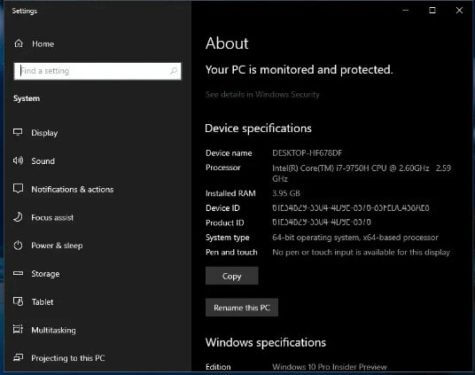 However, the System section of the traditional Control Panel now takes you to the Settings app, within the new version (Windows 10 Build 20161), which is an early version of the upcoming Windows 10 update that was released for people who want to test it.

Microsoft usually experiences disgruntled reactions when it removes the required features, especially when the removed Windows features are useful, and forcing people to use the Settings app may make them worse in this case.

The Settings app was introduced with Windows 8, and like most things that come with this OS, it has been deprecated because it’s so simple and weak compared to the old Windows features.

Microsoft has worked over the past few years to improve the Settings app, so that the application within Windows 10 has become more useful.

This appears to be part of the software giant’s plan to completely remove the traditional dashboard and replace it in the future with a comprehensive settings app.

Although users are demanding the company simplify Windows 10, as there are no two applications that provide the same functionality, Microsoft needs to make sure that the settings app is fully functional before completely removing the traditional dashboard.

This new step appears as though Microsoft is slowly moving features into the Settings app, which is still under development. For example The Settings app does not have an alternative page for the “Extra Power Settings” feature, which is under the traditional control panel.