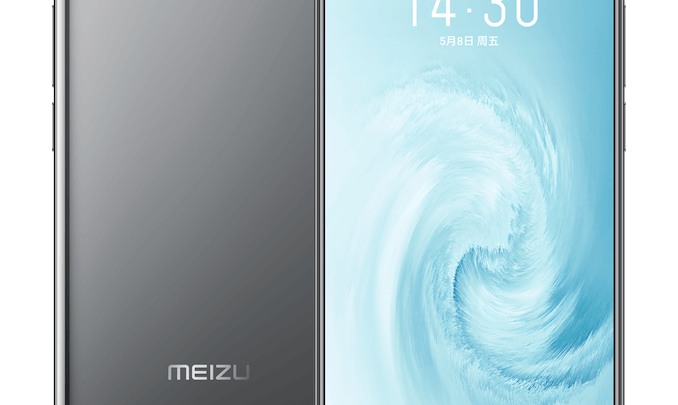 A company ( Meizu)  finally the latest leading phones (Meizu 17) and (Meizu 17 Pro) after a long suspense campaign, so that almost match the first phone with the second , which features cameras better help, charging wireless, memory random access faster, and considered these phones The first to support 5G networks in the Meizu lineup.

The (Meizu 17 Pro) is the most powerful flagship phone from the company in the first half of 2020, while (Meizu 17) comes as a slightly cheaper alternative, but it is not possible to visually distinguish between the two, and the only difference is that (Meizu 17 Pro) comes Ceramic back.

Both models include a Snapdragon 865 5G processor, and Meizu uses the new mSmart 5G technology, which is said to improve battery life when using the new 5G network.

Meizu claims that (mSmart 5G) technology is fast and stable, so (Meizu 17) can continue to operate for up to 4 hours and 25 minutes after operating this special mode compared to the normal (5G) mode.

The battery’s efficiency is also due to the 360-degree surround antenna design, which ensures stable network connectivity. The Meizu 17 and Meizu 17 Pro feature a 4,500 mAh battery that supports a 30 mW Super mCharge technology that promises charging.
The phone increased by 56 percent in half an hour.

(Meizu 17 Pro) comes with a 27-watt Super mCharge solution, which can charge up to 47 percent in 30 minutes, and this model also supports reverse wireless charging.

It contains (Meizu 17) RAM 8 GB with a storage capacity of 256 GB type (UFS 3.1), and the biggest difference between the two models is the presence of (LPDDR5), where (Meizu 17 Pro) comes with the new (LPDDR5) standard And (UFS 3.1) as the standard for storage.

Both phones rely on a 64-megapixel Sony IMX686 64MP sensor as the primary lens in the quad camera.

(Meizu 17 Pro) brings an 8-megapixel telephoto lens that promises lossless up to 8X, as well as a 32-megapixel wide-angle lens capable of capturing 129-degree stills, and there is a fourth Samsung lens (S5K3 3D TOF) that will be used to capture Depth data and augmented reality content.

While (Meizu 17) brings a 12-megapixel portrait lens, as well as an 8-megapixel wide-angle lens capable of capturing still images at a 118-degree angle, and a dedicated 5-megapixel macro lens that can capture close-up pictures of 2.5 centimeters.

Meizu has provided the devices with a 20-megapixel front camera, and the company claims that this camera now features third-generation night mode algorithms (Super Night Mode 3.0), which ensure clear and bright selfies even in low-light situations.

The company takes full advantage of the front camera located in the hole by using it as a battery indicator, and the phone also features stereo speakers, and Meizu claims that the audio output has increased by 30 percent compared to the previous, and there is an integrated fingerprint sensor under the screen.